Whiskers is a wily ronin who refuses to stick his neck out for anyone, or any cause, unless he’s the one coming out on top. Maneki is a plucky kitten whose only desire is to be a great ninja.

Their paths cross when they are each given a piece of a puzzle that would lead them to a mysterious treasure. Their only chance of success is to work together, something which neither finds appealing. But there are others who covet the treasure for evil purposes, and only they can stop the evil-doers – if they overcome their differences within, and between themselves!

Ronin Rat And Ninja Cat is what happens if Akira Kurosawa decides to work with Sergio Leone to make a buddy film, but with anthropomorphic animals instead of humans. The plot – a mismatched couple looking for a treasure while being pursued by an evil nemesis – is loosely based on the spaghetti Western The Good, The Bad and the Ugly, but instead of shotguns and six-shooters, we have shoguns and shurikens, all in the grand tradition of jidaigeki (period) films.

Originally conceived as an animated  feature film, it is now being reworked into a graphic novel. 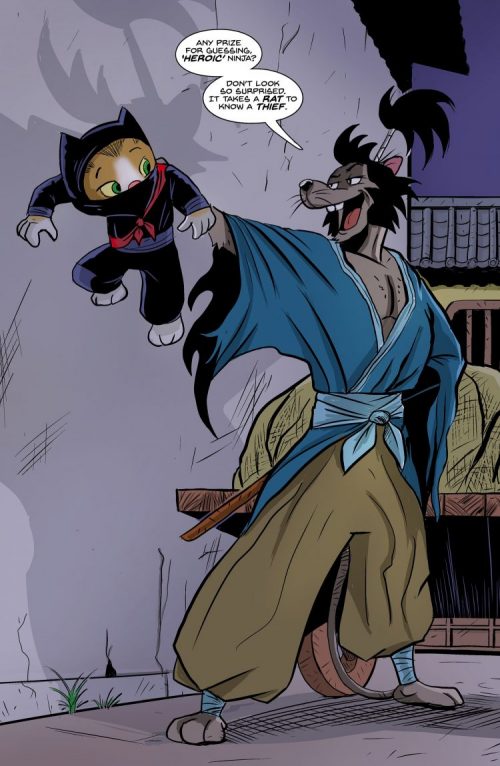